Three Mistakes Women Make When in a Dead end Relationship

Have you ever been in a situationship, you know, those dead end relationships that often go nowhere? It happens to so many women, but some women consistently repeat these patterns. They meet someone nice, they enjoy the beginning of the dating period when their partners are romantic, and pursuing them. Then at two months mark, there is a moment when you find yourself attached to this person, and right around that time, he pulls away.

You feel terrible and want to know the answers. Is he interested in you seriously or is he just stringing you along. You start a conversation with him just to hear that he wants to take is slow and see where it's going. I’m gonna show you three mistakes women make when they feel confused about where their relationship is going. Many find themselves in a dead end relationships because they don't know how to date to avoid attachment.

Why does it hurt so much when you find yourself in dead end relationships?

You realize that he is not as much into you as you are into him. Ouch! This is bound to hurt hard! At the beginning he was so eager, and now, he wants to take it slowly. Super annoying.

It’s just natural that you go into a panic mode and don’t react well in these situations. This happens because his ambivalence triggers old attachment wounds that we don’t even remember. Your body goes into survival mode and from this place, you make poor decisions. Although these old trauma based survival strategies served you in the past, they are not gonna be helpful when you want to reach new goals, such as enjoying a happy relationship with equal power dynamic, the kind in which you feel both secure and joyful, the only kind that will truly make you happy.

So, you are not only upset about this one person saying that he wants to take it slow, but all the unresolved attachment trauma is coming up at this point.

Tell-tale signs you are in a dead-end relationship

Dead end relationships are dreadful often for both partners. If you are a high achieving woman who is also overfunctioning love seekers, you may find yourself stuck in a dead-end relationship. So what are some of the signs?

These are just some of them. What matters is that you know that you can choose to leave a dead end relationship, the kind of relationship that doesn't fit your criteria.

Before you make the decision to end things with your partner, avoid making these three mistakes.

These three mistakes keep you stuck in the perpetual cycle of an emotional roller coaster. You need to remember that you have the power of choice to find happiness and create a relationship that you truly want. So let's see what these mistakes are.

The first mistake is making negative meanings about their attractiveness, worthiness, or ability to attract good quality men

So the first mistake that women make is making negative meanings about their attractiveness, worthiness, or ability to attract good quality men when a man signals that he is ambivalent. This happens because many women, especially high achieving women, learn that they need to overfunction to make others happy. It’s just natural that you feel responsible in this situation, too. All this causes you to spiral downward, feel desperate and give away your power. This may mean that you are stuck in The Paradoxical Overfunctioning Cycle. 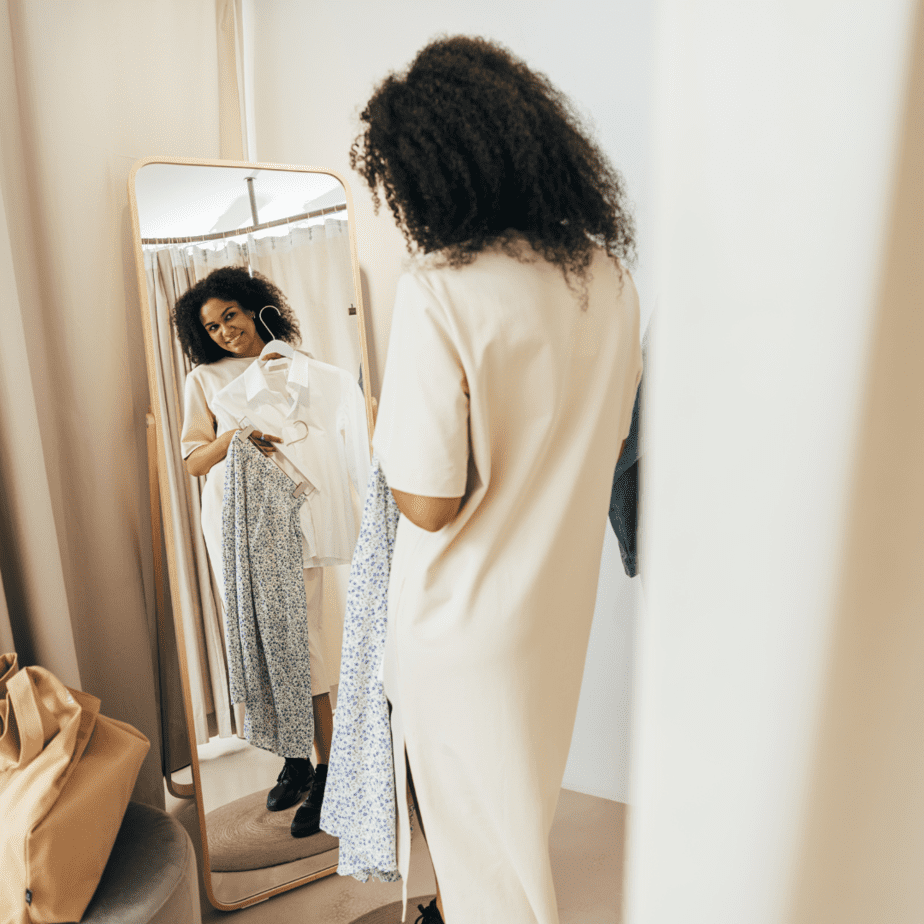 His ambivalence isn't about your worthiness

Going through this myself and working with so many women makes me realize that his ambivalence isn’t necessarily related to how adequate or inadequate we are. It’s just where he is in his life. You can choose to love him just the way he is or you can send him away with love so you can free yourself to go after what you really want, a man who knows that he wants you and everything you come with.

But, don’t make those decisions before you see the next two mistakes. You need to do something before making this decision.

The second mistake is just lashing out and ending the relationship 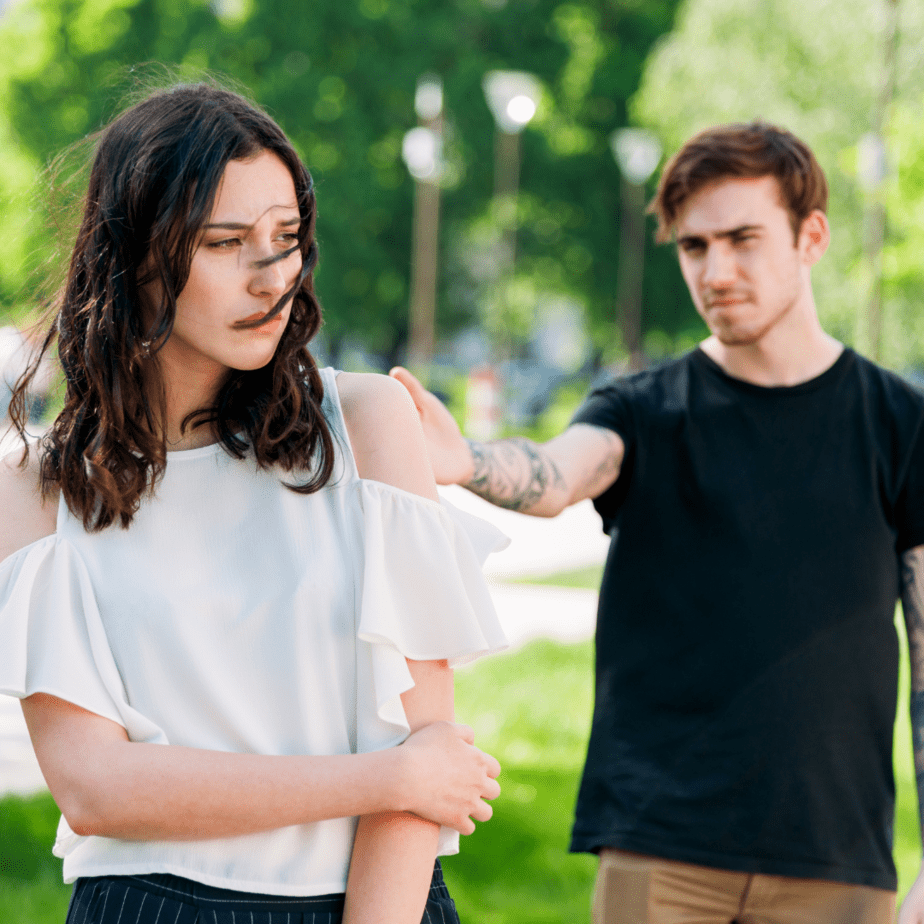 This approach comes from that survival mode of our nervous system. Naturally, you are angry and don’t want to expose yourself to more hurt or wasting your time with someone who may or may not want to commit to you.

But lashing out in anger and fleeing the relationship just confirms to your ambivalent partner that he was right about not committing to you. In his mind, he dodged that bullet by not allowing himself to fall for you deeply, as you can leave the relationship so suddenly.

You basically don’t stop the cycle of anxious avoidant trap dynamic, but instead you contribute to the emotional roller coaster, both for yourself and your partner.

There is a better way to handle this, and I will tell you after I explain the third mistake.

Why you shouldn't stay in dead-end relationships? Let's put it into a perspective.

He doesn't want to commit to you, but you commit yourself to a potential lifetime of unhappiness. It’s possible that you two will age together.  I’ve seen people have children together, or get married, but they still continue this emotional cycle of pursuer and distancer.

I’ve seen women married for decades unhappy in their relationships since day one, never feeling wanted or worthy of being adored. 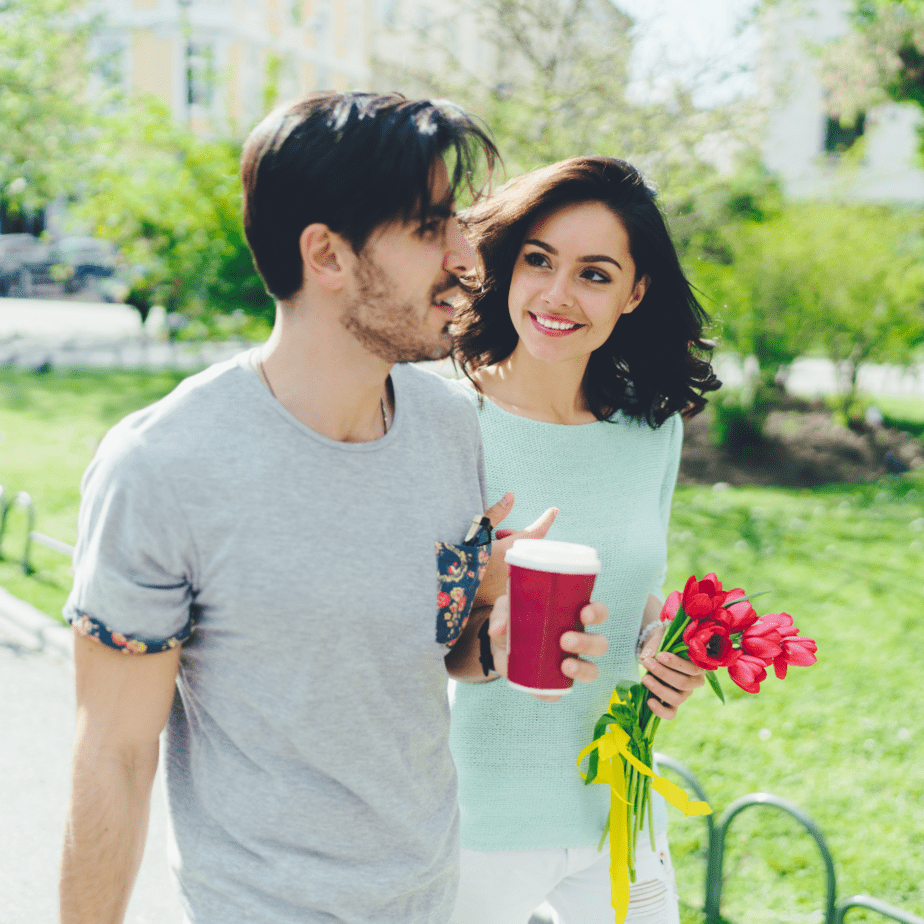 Of course, most women in these situations wind up ending the relationship after two years finding themselves exhausted with depleted hope that there can be happiness in love for them.

When you allow yourself to stay in a relationship like this, you disregard your own needs and stop believing that it’s possible to have a healthy relationship.

What can you do instead?

Let’s summarize what not to do.

It sounds like I put you in an impossible bind here. What can you do?

There is this one tip I’ll give you that worked for me and so many women that I helped. You need to be ready for this because you don’t control how he will respond. Ready to hear it at least?

Tell him that you really like him, but that you are looking for a different kind of relationship. Explain exactly what you want. For instance, for me it would be a man who is enthusiastic about being with me, someone who doesn’t want to lose me, and someone who knows what he wants in terms of relationships. I would also say that I don’t play hot and cold games. You are in or not.

Communicate that you don't want to push him to change

It’s important to communicate that you respect his choices in life, and that you want him to be happy. You don’t want to change him. This way you allow him to see how you also respect him and his choices. It gives him freedom to make his own decisions and not to resent you for pushing him.

Make him aware of the abundance of your choices

Communicate that you know that there are so many men who are gonna be interested in the same kind of relationship you want. This demonstrates your confidence and sense of self-love.  If you struggle to keep in mind your value in relationships, it would be helpful to seek help. Otherwise, you will keep repeating the same patterns of getting stuck in dead end relationships.

Redefine your relationship with him putting yourself first 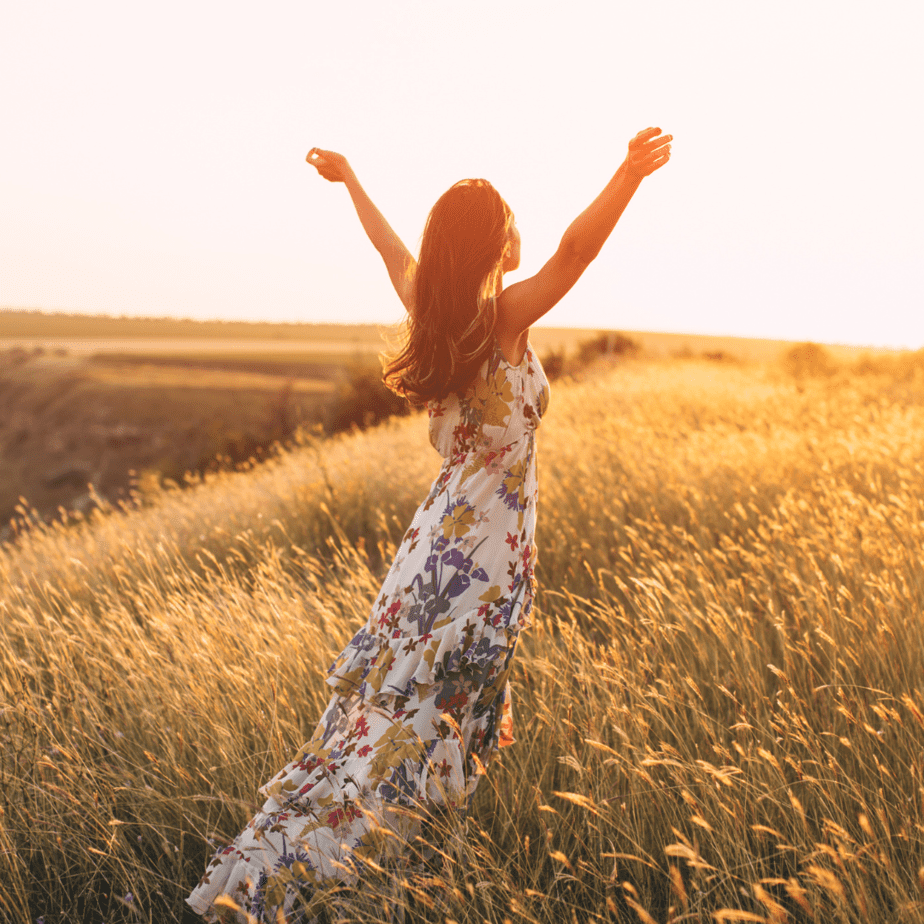 Communicate that you are dedicated to go after what you want. This means that you are going back to dating mode. He can be one of your dates if he chooses to be. Reiterate that you really hope that he can figure it out because you really like him.
This is very powerful. If he is your man, you will trigger his competitive genes and he will not want to lose you. Give him some time to pickle in it. Let him decide without coercion. You also show how badass emotionally mature you are.

You just contributed to his healing and the better humanity. You showed him that he is not responsible for your wellbeing, but you’ve got yourself. This often helps avoidant men learn that love doesn't need to come with the burden of being responsible for others' emotions.

So what do you think? Would you dare to honor yourself and go after a relationship you want? Are you ready to end the cycle of situationships in your life?

Is relationship coaching right for you?

I offer online relationship coaching for high achieving women interested in sincere high quality men, men ready to give you their heart.

Check it out now

Get exclusive access to my best tips about love, dating, and relationships in the free Academy Resource Hub and download The Accidental Singledom Checklist: Are You Standing in Your Own Way?

You will also get two bonus courses:

Reach His Heart- Communicate with your partner, so he never has to feel attacked

Read more about dating and relationships

I'm dedicated to guiding women from feeling confused and frustrated to feeling competent and joyful when it comes to matters of love and romance.

Please log in again. The login page will open in a new tab. After logging in you can close it and return to this page.